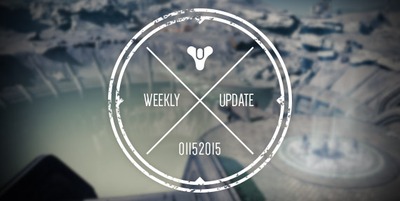 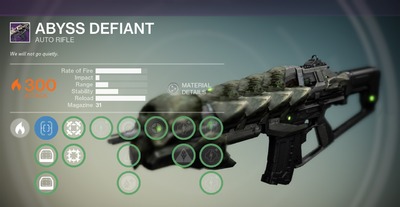 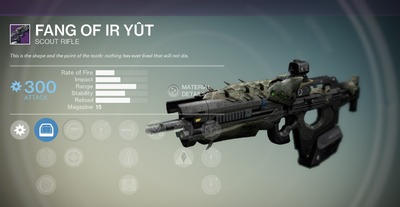 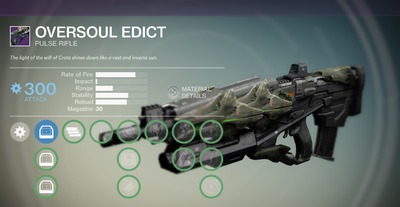 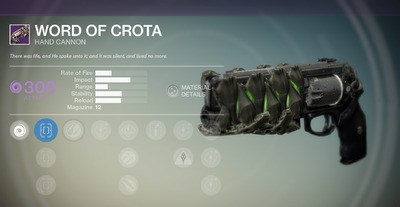 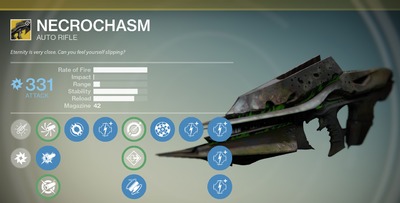 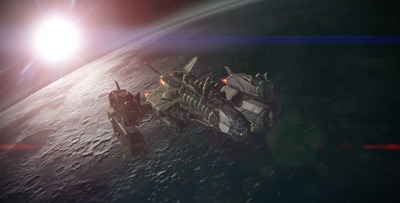 This week at Bungie, we eliminated some cheese from Crota’s diet. Of course, as a famous mathematician – ahem, Chaotician – once said, “Life finds a way.” There will always be shortcuts through the maze.

Of all the ways you can kick ass and become legend in Destiny, we believe the Raid can be one of the most intense, challenging, and satisfying. We hope you feel the same. For us, Raids aren’t just puzzles to be solved in short order, but an opportunity to summit Destiny’s pinnacle PvE content, plant a flag with friends, and claim some prestigious rewards.

If you like Crota’s End just the way it is, keep playing, however you’re playing. Have fun. Do your thing, and earn some sweet loot for the effort. We’re watching and playing right alongside you.

If you were hoping that Crota might offer you and your favorite five allies more of a challenge, I’ve a suggestion to keep you all occupied...

Hard Mode for Crota’s End is ready. We know you are, too. The first Fireteam to sink their teeth (and their sword) into the final boss (and by opposing, end him) will set the pace. We’ll be watching. We might even send the World First finishers some swag from the Bungie Store.

When?
Wednesday, January 21st - 10AM* Pacific
*(or soon after if we need more time to load the starting pistol)

Where?
To the Moon!
Access the Raid by selecting the activity in your Director, and choosing the harder difficulty. With the release of Hard Mode, Level 33 is the new bar to clear. Configure those upgrades and get mean.

How?
I can’t give you a playbook for how to end Crota this time. You don’t need my help, anyway. If you’ve experienced Hard Mode in Vault of Glass, you have some clues for how we can scale up a Raid. Prepare to take better care of your teammates. You’ll have fewer options for healing yourself, and each other. The enemies you’re about to face are stronger and more prone to temper tantrums. Be brave!

Primary Weapons of every variety can be plundered from the Hellmouth. With the application of some loving care and Radiant Materials, each has the potential to reach Maximum Attack of 331.

“We will not go quietly.”

“This is the shape and the point of the tooth: nothing has ever lived that will not die.”

"The light of the will of Crota shines down like a vast and inverse sun.”

“There was life, and He spoke unto it, and it was silent, and lived no more.”

Don’t forget that Hard Mode is also the only place to obtain “Crux of Crota,” the final piece needed to upgrade the Eidolon Ally (the gun formerly known as Husk of the Pit) to its full, Necrochasmic glory.

“Eternity is very close. Can you feel yourself slipping?”

That’s Bane of the Dark Gods, in orbit over its port of origin.

When people see you fly this baby, they’ll say “You came in that thing? You’re braver than I thought…”

Finally, there’s also a Hard Mode Exclusive color palette for your gear. It’s called Glowhoo. The first of you to earn it gets to show it off.

On Your Marks!
Tuesday, January 20th
Update 1.1.0.4. will set the table. Patch Notes will be published when it’s available for download.

Get Set!
Wednesday, January 21st
Follow us on Twitter. There will be a manual start for Hard Mode. I’ll swing from vine to vine in our studio and give you a glimpse at what it’s like when we push big red buttons. Our target will be 10AM Pacific (West Coast). Just like you, we hit most of what we shoot for. Nevertheless, stay tuned.

GO!
As always, we’ll be watching, and waiting for a band of hellraising heroes to emerge. Bungie User Research will be on hand to ratify the results.

Good luck. I do hope you'll need it.

At Bungie, we have many traditions that define our culture. Some of them are as common as devouring bagels on Friday or announcing birthdays to thunderous applause. Of all the things that make us who we are, there is one sacrament that is held most sacred: Pentathlon.

Our winter event is equal parts civil war and celebration. If you’ve been following Bungie for years, you know the madness that awaits us tomorrow. It’s a party – and a battle. If you’re new to the Bungie Community (and we know that many of you are) I’ll tell you what I tell each and every new hire who first sees The Hallowed Fist:

Of all the trophies we keep on display, the ridiculous one we reserve for ourselves is our favorite. For one day, we clear the table of all development of games and we play games. We join dueling schools based on tenure – Newbies versus Middle School versus Old Skool versus Grizzled Ancients. We fight for supremacy in our own Crucible. We solve riddles crafted by our own evil engineers. We toss beanbags into holes as we slowly go insane under the influence of a bacchanal feast.

That’s the nickel-tour wisdom, at least. For a more credible representation of why we fight, I talked to Dave Dunn, a member of Bungie’s old guard who preserves the spirit of our day of sport and revelry. When he’s not our Head of Art, he’s the Pentathlon’s elaborately costumed ringmaster:

I love the Bungie Pentathlon. The core philosophy that began so many years ago remains very much intact: Take a day to remind ourselves what we’re passionate about… games! As Bungie has grown and I’ve gotten older - and hopefully wiser - I’ve grown to appreciate it in new ways. It forces us to recognize that there are many different types of players out there. There are those that are super-competitive. There are those that are very into the social aspect. There are those who love to help organize events for the enjoyment of their friends and there are even those who most enjoy a spectator role. I think it’s a great reminder to us as game developers that there really are so many ways people come to our games looking to have certain needs met and we would be wise to keep those things in our minds as we work on our games.

We’ll get back to working on Destiny once the fog clears. Tomorrow, we immerse ourselves in some game theory to help us chart our course. Most of us won’t even detect the training exercise. We’ll be having too much fun. And beer. There will be lots of beer.

If you want to learn more about what we play and who wins, check back with us tomorrow. We’ll introduce you to the teams, detail the events, and maintain a living scoreboard.

Meanwhile, Inside the Operations Center

Our Destiny Player Support team is always at the ready to diagnose the obstacles that lie between you and a good game. And destroy them. Here’s a bulletin from their collective voice:

While Iron Banner is in full swing, we have some articles that will help you during the event. The most crucial is learning how to benefit from the Reforge system, and what happens to your reputation when you lose a game.

We also have answers on what to do if you didn’t turn in Iron Banner bounties before the event ended, or if you stop receiving reputation for Iron Banner.

If you’re having issues with matchmaking, our NAT Guide may have the solutions you seek.

On Wednesday, Xbox One players experienced new occurrences of NEWT errors. The error has since resolved; if you’re having difficulties getting back into Destiny we suggest you power down your console and supporting modems and routers completely, restart the devices one by one starting with the modem and router, and then re-launch Destiny.

If you ever have any issues with Iron Banner, or have other Destiny-related issues, please tell us by posting on the #Help forums.

Beyond the DOC, we’ve been investigating issues with map selection for Iron Banner. As promised in 1.1.0.3, the matchmaking selection does not include The Anomaly, Asylum, or The Burning Shrine. Those maps do, however, appear in the standard Control playlist now. Furthermore, we’ve detected rampant repetition of the same maps in our own play sessions in the Crucible. This is a related issue that we’re working to fix soon. As always, keep watching the skies for inbound changes.

Back in the Saddle

Last week, you heard from Urk. Truth be told, whenever you read these words, you’re really hearing from both of us. Nothing at Bungie is the product of any one person, and Community is no exception.

I volunteered for second-shift on the holiday absence schedule, so I excused myself from the grid to visit Chicago. I missed you. I missed my Warlock, and the people on my friends list. It was good to see old friends and family. It was good to eat real pizza (sorry Seattle, work on it), but Destiny is a delicious meal that I’ve never gone without for a full week since launch. I even sent an emissary to the Tower to finally purchase my Last Word from Xur. That’s right: For one whole hour, a member of my clan had the power to dismantle every last item in my inventory. That’s trust. That’s friendship that can only come from saving each other’s lives in fake combat. Thanks, Break.

As I sat on the plane to return home, I violated a direct order and checked in with the community. The craving to get my head back in the game needed to be satisfied. This was the first thing that captured my attention:

It was just the sort of homecoming I needed. I may or may not have gotten a little misty in coach as I watched a fireteam of armored friends celebrate New Year’s EVE with a hail of rockets. It’s been an amazing journey from launch to now, with every step illustrated in moving pictures by the people in this ravenous community. Four months of exploration and change and learning. This year will bring some more of the same. Can’t wait to keep playing Destiny with you, and to talk about some of the new things we’re cooking up in our cauldrons.

If you have yet to hear it from me personally: Happy New Year, Guardian. Onward and upward.